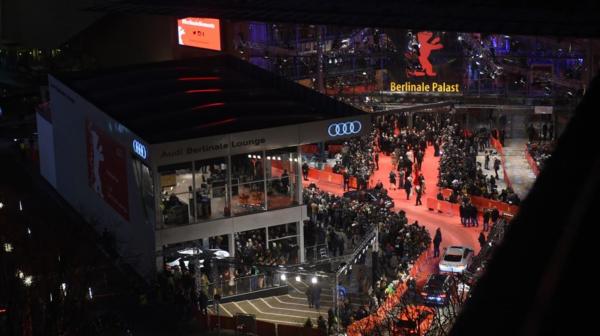 The Berlinale, Berlin’s International Film Festival, opens this coming Thursday, February 7th. The Festival is a vast terrain with a wide selection of contemporary films from all over world cinema. The key films are often landmark titles and the Festival Awards are rightly prized trophies. But the Festival also offers opportunities to visit fascinating aspects of cinema history. The Retrospectives, organised by the Deutsche Kinematic, are significant filmic events. Last year we enjoyed a return to Weimar Cinema in an impressive and rewarding programme. And the presentations, of film in both celluloid and digital formats, were really well done. The silent titles enjoyed live and skilful musical accompaniment.

This year the Retrospective moves forward three decades to celebrate the contributions of women filmmakers to German cinema.

The Retrospective of the 69th Berlin International Film Festival takes as its subject women filmmakers between 1968 and 1999. The programme encompasses 26 narrative and documentary features from the former East and West Germany, as well as German films after re-unification in 1990. In addition, the Retrospective will show some 20 shorter films on their own, or as lead-ins to the features. What the filmmakers and their protagonists have in common is an interest in exploring their own environment, and the search for their own cinematic idiom.

In West Germany, this development was embedded in the 1968 student movement, and closely linked to the new women’s movement and the New German Cinema wave. In East Germany, by contrast, all films were made within the state-controlled studio system. That studio, DEFA, gave a few women a chance to direct as early as the 1950s, however they were mainly assigned to children’s films. Towards the end of the 1960s, everyday life in the socialist country became the focus of East Germany’s women directors.

The length of the period covered means that this is likely to be a series of snapshots. One of the best known directors, Margarethe von Trotta, has only a single title, The German Sisters / Die bleierne Zeit (1981). This though is a welcome presentations, a film that I have not seen for a considerable period but which I remember finding powerful and stimulating. (It currently has a limited release in Britain courtesy of the ICO).

Helma Sanders-Brahms – Her early films engage critically with the themes of labour, migration, and the situation of women in West Germany. Under the Pavement Lies the Strand / Unter dem Pflaster ist der Strand (1975, Federal Republic of Germany / Bundesrepublik Deutschland) was a central film for the German women’s movement and for the student movement, as well as for the director’s own emergence as an explicitly feminist film-maker. (Wikipedia)

For me, the bulk of the titles, are unknown and promise to offer an exciting exploration of German film. There has always been a limited selection of German films circulating in Britain, but in recent years hardly any cross over the channel or the territories barriers.

There will be films from four women filmmakers working in the German Democratic Republic / Deutsche Demokratische Republik. I have seen only a small proportion of the films produced in the GDR. And I cannot recollect seeing a film directed by a woman. So this will fill an unfortunate gap in my film knowledge.

And there are other titles from the FGR or contemporary Germany. From the FGR in 1984,

Our organisation will create a human being whom we can shape and manipulate according to our needs. Dorian Gray: young, rich and handsome. We will make him, seduce him and break him.

As well as the features and documentaries there are several short films, including more from the GDR. And there is animation work. So it promises to be a great cinematic week.

Added to this are the regular Berlinale Classics. There are six titles, five of which I welcome seeing again and one, for me, completely new; Ung flukt (The Wayward Girl), dir: Edith Carlmar, Norway 1959. They are all digital restorations. Certainly the digital versions I saw last year were all of good quality. Moreover, several of these are in 4K versions, a quality rarely seen in Britain.