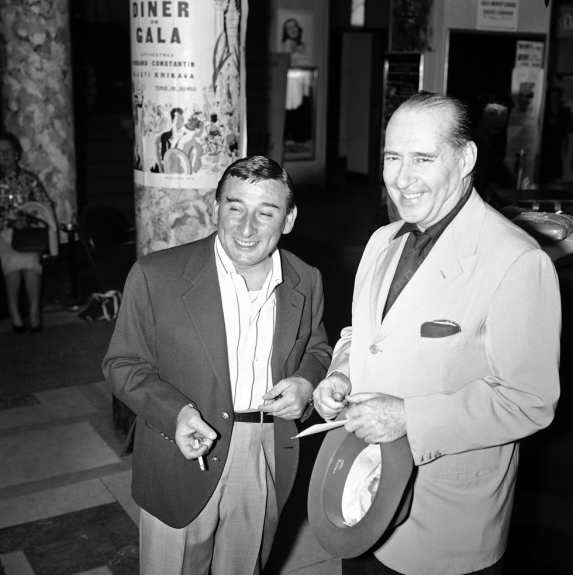 Roberto Rossellini (right) and the comic actor Renato Rascel at Cannes in 1959 from: http://everyday-i-show.livejournal.com/157619.html

Roberto Rossellini is worth picking out on this blog, not only as a director of many fascinating films but also as a theoretician and promoter of ideas about realism in film which have in turn helped to influence the development of film production in many parts of the world.

Rossellini tends to be the one great filmmaker who although recognised by scholars hasn’t developed a reputation with mainstream critics or the general cinema audience to the same extent as his peers, Vittorio De Sica and Luchino Visconti or later Italian directors such as Federico Fellini or Michelangelo Antonioni, both of whom worked with Rossellini in his early days as a filmmaker.

The material on this blog includes the following discussions of Rossellini’s work and also the wider implications of Neo-realism that can be accessed via the Neo-realism tag.