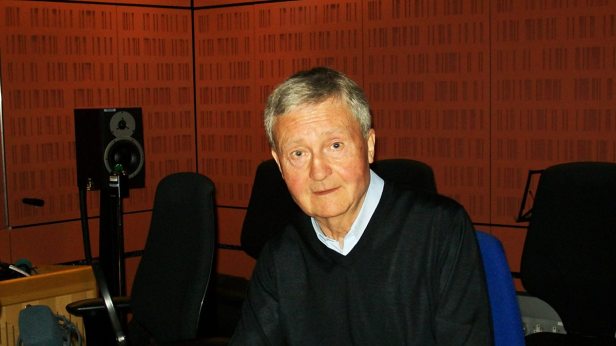 We have lost one of the major radical voices in British film and television. I more or less grew up on a diet of the trailblazing television dramas produced by Tony Garnett; most often with writer Jim Allen and director Ken Loach. Cathy Come Home (BBC 1966) was both an emotional and political clarion call. The Wednesday Play, dramas like Rank and File (1971) coincided for me with my political education into Marxism. And I was studying Labour History when I saw Days of Hope  ( 1975). Later there was a film like Kes and more impressive television work like Spongers (1978). Recently, in 2016, I had the pleasure of hearing Garnett live as he introduced his ‘Memoir – The Day the Music Died. A life behind the lens’. This a fine autobiography, interweaving the political and the personal with everything that is needed for an obituary..

Garnett was an intelligent, analytical and engaging writer and speaker. At the meeting we had a tribute to writer Barry Hines with whom Garnett worked. Garnett was passionate about working class culture, something that he and Jim Allen, Barry Hines and Ken Loach did so much to represent on the large and small screens. Garnett was also the most intelligent voice in the film Versus: The Life and Films of Ken Loach (2016), a work that really did not do justice to Loach’s radical films.

This ‘Memoir’ details both Garnett’s personal life and his professional life as a producer on British television and in both British and Hollywood cinemas.

The early chapters record his family life in Birmingham in the 1930s and 1940s. It was then that the family tragedy represented by ‘the day the music died’ occurred – the trauma of his mother’s death after a back-street abortion, followed nineteen days later when Garnett’s grief-stricken father committed suicide and Tony was sent to live with other family members. This clearly marked Garnett throughout his life. However, the portrait of life in the urban Midlands in this period is finely described and makes for fascinating reading.

When Garnett moved on to London he initially worked as an actor, with limited success. In this period he also experienced a further tragedy. He met and married Topsy Jane. She gave a memorable and sensitive portrayal as Audrey, Colin’s (Tom Courtenay’s) girlfriend in The Loneliness of the Long Distance Runner (1962). She then had a nervous breakdown and suffered a severe mental illness from which she never really recovered. This tragedy too marked Garnett life.

Then, in the most significant move in his professional life, Garnet was invited by producer Sydney Newman to work on a new series of television dramas. This led to the famous partnership with Ken Loach and some of the most outstanding productions in British television history. These were watersheds in a number of ways. This was not just because of its quality and politics but because they became test cases for the conservative reaction against such work. The responses included the withholding a title from screening, BBC’s first use of a ‘’balancing’ programme and that bourgeois tribute, fulminations in a ‘Times’ editorial.

Garnett discusses some of the productions in some detail in the book;, including Cathy Come Home and his famous collaboration with Barry Hines and Ken Loach on Kes (1969) in individual chapters. He also pays tribute to the particular contribution they brought to these films along with Jim Allen. All of them would be termed left-wingers, though there are variations in their political stances.

All were formed to some degree by the heightened activities and debates of the 1960s. In one fascinating chapter, ‘Protest and Confusion’, Garnett records his experiences in this area. These were centred round the influential (at that time) Workers’ Revolutionary Party with their leader Gerry Healey. Trevor Griffith, also involved in these activities at the time, has a witty portrait of these events in his play The Party (1988).

Garnett went on to produce further work for British television and for a period worked in Hollywood, though I find this the least successful output in his career. The best known title is Handgun (1983), a film that draws parallels between US gun  culture and sexual molestation. Garnett’s work on this film was re-edited by the production company, EMI. As Garnett acknowledged, the BBC, where he produced so much, became an inhospitable environment for his type of drama. Up until 2017 he ran World Productions where he produced Between the Lines (1992 – 1994).

The earlier years at the BBC, as was later the case with the young Channel Four, saw Garnett as a key protagonist in many memorable achievements. His memoir combines the story of these years with his own personal odyssey and he recounts this with a distinctive personal voice. I found the book fascinating and informative. It remains essential reading for people interested in the British media in the late twentieth century. So read the book whilst we wait for enterprising exhibitors to re–screen some of the classics.

Parts of this post are from a review in the Media Education Journal.