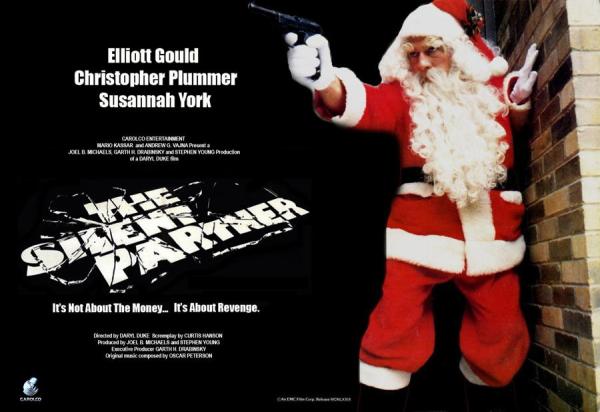 It’s always a treat to find a genuine Canadian anglophone film – one that is not simply a Hollywood film shooting in Toronto or Vancouver. The Silent Partner achieved something like a cult status in the late 1970s. It won three Canadian film awards and then it was distributed by three separate companies in different regions of the US. It turns out that it was made by the American independent Carolco using Canadian tax allowance monies in Toronto. It was the first film Carolco had produced without backing by a distributor or major producer partner. Carolco became successful in the 1980s but later collapsed and its assets fell to Studio Canal which perhaps explains why this film appeared recently on Talking Pictures TV in the UK (which has licensed many Studio Canal films). The film was reviewed in Monthly Film Bulletin in September 1978, suggesting a UK release before the Canadian release. The review is dismissive and I think inaccurate on a couple of points. 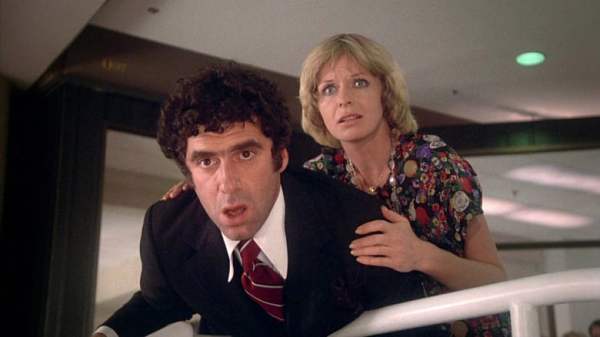 The Silent Partner has a strong cast headed by Christopher Plummer, Elliot Gould and Susannah York. Gould plays Miles, a bank teller in a ‘friendly bank’ located inside a shopping mall in Eaton Square in Toronto. Susannah York is Julie who has the responsibility for the secure deposit boxes in the bank. It’s the Christmas season and from his desk Miles can see the crowds by the escalator and a Santa Claus who seems to be behaving oddly. Already primed to be looking for a hold-up attempt, Miles is prepared when the robber, Reikle (Christopher Plummer) makes his move. I don’t want to spoil what is quite clever plot development so I’ll just say that Miles devises a way to cheat Meikle and store the bulk of the money reported as stolen in a deposit box in the bank itself. But how will he get it out of the bank again? What he is about to find out is that Reikle is a vicious killer who won’t give up his attempts to get the money. The rest of the plot is a game of nerve and wits between Miles and Reikle complicated by first Miles’ attempts to develop a relationship with Julie and then the appearance of the mysterious Elaine (French-Canadian actor Céline Lomez).

MFB describes the film as a ‘caper movie’ which operates like an exploitation picture. Its reviewer suggests that the director had lost his touch and that the violence is excessive. The director was Daryl Duke who had made the journey from a career start at the National Film Board through to work with Canadian PSB station CBC. After several TV Series, in 1972 Duke got the chance to direct a low-budget Hollywood independent Payday, with Rip Torn as a country singer on the road, spiralling out of control. This was very well received but even so it was another six years before he could make The Silent Partner. It seems that for MFB the new film (with a bigger budget) couldn’t match up to the freshness of his début feature, but for other critics it still proved to be something new as a mainstream genre picture. Duke had actually made several TV movies in the 1970s and I would argue that the film is slick but still has a vitality about it. What distinguishes it are the contrasting performances of Plummer and Gould. Plummer is still probably best known outside Canada for his roles in major UK/US films in the 1960s/70s but like his slightly younger compatriot Donald Sutherland he has kept working on a wide range of productions. His credits on IMDb are well over 200 film and TV productions (Sutherland is heading for 200). When actors appear so often there is sometimes the assumption that either their performances or the productions must be routine. That certainly isn’t the case for Plummer in this film. He is terrifying and makes particularly good use of his piercing eyes, especially in disguises. Gould at this point, after a very successful period as one of Altman’s leading men, was entering what for me was a fallow period, but in this film his slightly comic demeanour worked well against Plummer’s viciousness. I’m not sure if it is deliberate but Miles as a collector of exotic tropical fish and solitary chess games seemed like a nod towards his Philip Marlow in The Long Goodbye (his attempts to feed his cat in that film are one of my favourite Altman moments).  I fear that Susannah York is miscast or badly directed as she always seems to be about to smile and be surprised but Céline Lomez is very good and I’m surprised that she didn’t get more anglophone cinema roles. 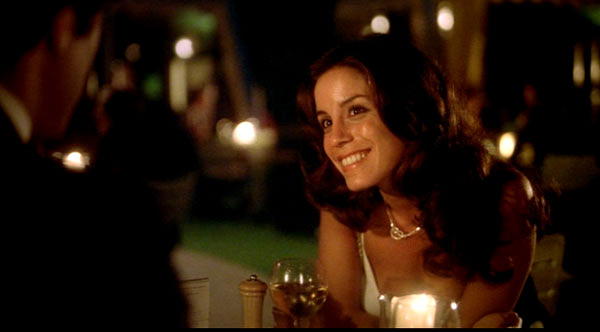 Céline Lomez is the alluring Elaine – where did she come from?

As an exploitation thriller, there are two specific aspects of this film to note. A couple of scenes featuring Reikle are very violent and the murder of one character disgusted Daryl Duke so much (according to Wikipedia’s page) that he refused to shoot it and it was completed by a second unit. The second aspect is the depiction of sexuality. Both Julie/York and Elaine/Lomez are required to partially strip and Reikle shows brutality towards more than one woman. There is also a palpable homoerotic charge between the two men. Overall there is a whiff of the kind of controversy that accompanied Brian de Palma films such as Dressed to Kill a few years later. Despite a couple of plot developments that didn’t completely work for me I thought that the film had pacy action and plenty of thrills.

The film was scripted by Curtis Hanson who later went on to have his own distinguished Hollywood career (and possibly directed the scene Duke refused to shoot). Daryl Duke did get a few more chances to direct cinema releases but didn’t achieve the same success. Hollywood comedy fans might also be aware that the bank staff include a character played by John Candy in an early role. The Silent Partner was an adaptation of the Danish novel Think of a Number (Tænk på et tal) by Anders Bodelsen. Look out for it if Talking Pictures schedule it again in a few months.