This is the début feature of writer-director Ena Sendijarevic, a Bosnian filmmaker based in Amsterdam. The film has had a successful festival run around the world, garnering prize nominations, including wins in its two ‘home’ festivals of Rotterdam and Sarajevo. It’s a road movie and ‘coming of age’ drama that includes many familiar elements but presents them in fresh and ‘refreshing’ ways. Several reviews have referred to Jim Jarmusch’s Stranger Than Paradise (US 1984) because of its low budget and three characters on a trip to the sea, each of whom are ‘finding themselves’. I haven’t seen the Jarmusch since its first UK screening in 1984 so I was more taken by similarities to two other similar road movies, Alfonso Cuaron’s Y tu mamá también (Mexico 2001) and Lynne Ramsay’s Morvern Callar (UK 2002). I mention all three films simply to make the point that they each make use of familiar elements but in very different ways and in different settings. 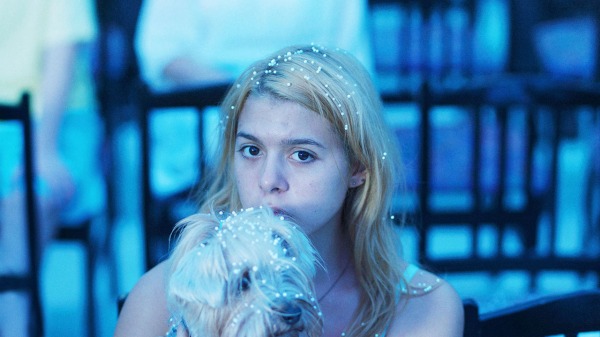 Ena Sendijarevic elects to use a 1.33:1 ratio image in colour – and the bright pastel colours are part of the film’s visual appeal. Cinematography by Emo Weemhoff, who also shot Ms Sendijarevic’s successful short Import (2016), is striking in its manipulation of space and use of angles. It is at times also lyrical in presenting summer in Bosnia. The plot is relatively simple in outline. Alma is a young woman living with her mother in the Netherlands and together they have decided that she should visit Bosnia for a holiday and also try to visit her father who is sick in a hospital. We get the impression that Alma has grown up in the Netherlands and may never have known her father or only has vague memories from early childhood. We don’t learn Alma’s age but she could be anywhere between 18 and 23. In the opening scene she is with her mother trying to decide between two summer dresses to take on her trip. There will be several other images and actions that represent her sense of having two identities and her difficulty in deciding how to reconcile the two. 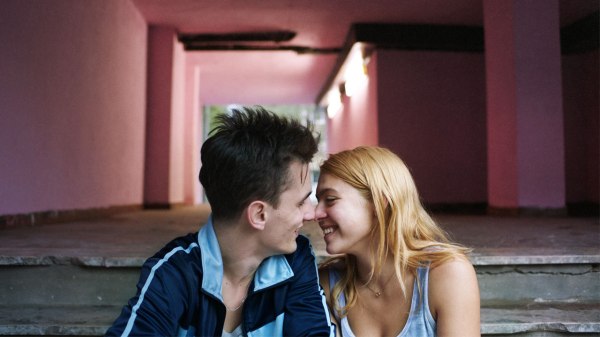 In Bosnia she is expecting to stay with her cousin Emir who has a flat in a tower block. He turns out to be unemployed but somehow always busy with schemes and seemingly reluctant to help Alma. Fortunately he has a sidekick (an ‘intern’ as the subtitles put it) called Denis who is more friendly. Even so, Alma decides to try to find her father in hospital, travelling across country by bus. Alma experiences several setbacks which she overcomes with remarkable calmness. She is an attractive young woman but ‘down to earth’ – sensible and playful in equal measure. Eventually the two young men catch up with her and the trio continue their journey. Alma’s twin identities are reflected in the different dreams of the Emir and Denis. Emir is proud to be Bosnian, Denis wants to get away. The crucial thing about the film for many reviewers seems to be that the film isn’t typical of Balkan films that are about the aftermath of war, the yearning for migration or indeed ‘dark’ drama of any kind. (The names Emir and Denis mirror the Muslim/Christian balance in the population but this isn’t an issue.) Instead the film focuses on the personal stories of its three young characters who have universal concerns. There are dark moments, especially towards the end when they finally get to the sea, but there are also fun times and I’m not going to spoil the adventures of the three. Later, I read an interview by the director stating clearly that she wanted to avoid the ‘social-realist’ image of a ‘victimised’ Bosnia. She succeeds in this and she says her next picture will be:

. . . about the feminine side of the colonial oppression of Indonesia by the Dutch – the female experience, so to say. It will be quite a surreal, fantastical, absurdist horror comedy. [Laughs.] 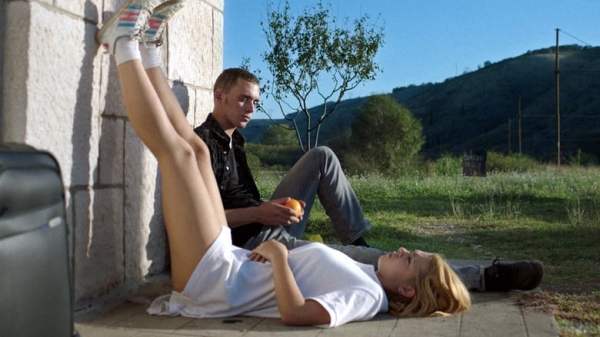 The film’s music by Ella van der Woude won a festival prize and there are diegetic tracks of local popular music. I’m too old to be able to comment on this but I enjoyed the film, which at 91 minutes seems about the right length. The three young leads are all good as quite different characters, but it’s really Sara Luna Zoric as Alma who ‘owns’ the film. I imagine that she got on well with her young director and the whole film seems to have gone down well with younger audiences in both Amsterdam and Sarajevo.  It’s an encouraging début film and well worth looking up on MUBI where it will be available for the next three weeks.