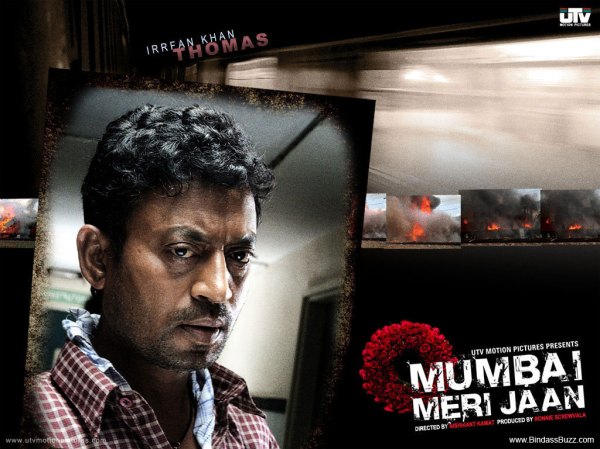 It is a sign of the vitality and efficiency of the Hindi film industry that two films dealing with the bombings of Mumbai commuter trains in 2006 and their aftermath should appear within months of each other in 2008.

A Wednesday (writer-director Neeraj Pandey) and Mumbai Meri Jaan (Mumbai, My Life, director Nishikant Kamat) are quite different films, but both represent in some way the sense of ‘ordinary Indians’ in Mumbai reacting to the outrage of the bombings. On July 11, 2006 seven bombs were detonated on commuter trains on the western lines of the Suburban Railway in Mumbai. The blasts killed over 200 people and injured 700 more. Indian government security agencies have suggested that the bombs were planted by ‘Islamist terrorist groups’.

The two films share an approach which could be described as ‘New Bollywood’. On the one hand, this situates their formal properties as much closer to aspects of mainstream Hollywood than most Bollywood films. They are shorter (A Wednesday at 102 mins, Mumbai Meri Jaan at 142 mins) and have no choreographed dance sequences. Neither film is driven by A List Bollywood action or romance stars, though both showcase an array of acting talent and some of the best-known popular and parallel stars associated with dramatic roles. Both films are well scripted and beautifully photographed with an attempt to find a visual style appropriate for the subject matter.

The differences come in exploitation of genre repertoires and address to audiences. Mumbai Meri Jaan has a multi-strand narrative which inevitably begs for comparison with various Hollywood films. Crash (the Paul Haggis film), Robert Altman’s Short Cuts and Paul Anderson’s Magnolia are possible models. It offers us the stories of five characters, picking them up before the bombings, following through the harrowing events and on to the aftermath. The five characters don’t represent a cross-section of Mumbai’s population, but they do at least offer a range of occupations and communities. The familiar Bollywood social types are played by Madhavan as an unusually eco-friendly businessman and Soha Ali Khan as a TV newsreader/reporter. Kay Kay Menon is a freelance computer salesman and Irrfan Khan plays a water-seller on the streets. Finally, Paresh Rawal is a Police Inspector approaching retirement who is charged with inducting a new officer into the squad. The script explores each character’s fictional world and how it is disrupted by the bombings. Some of the characters are directly, personally affected by death and trauma, others feel the impact more indirectly in terms of their work or find themselves motivated towards forms of political or social action. I don’t want to risk spoilers, so I’ll leave it at that. I think the film is a good example of what can be achieved by restraint in dealing with terrorist attacks – following the characters into their personal lives without needing to exploit the shock of the bombings through spectacle. Having said that, the narrative is intriguing and engrossing. Some of the stories overlap, but never in a contrived and potentially irritating way (as in Crash). By the end of the film, it is difficult not to respond with admiration for the people and the city of Mumbai as well as for writers Yogesh Vinayak Joshi and Upendra Sidhaye and director Nishikant Kamat. All of them seem to be still in the early stages of their careers and Kamat has come out of the Marathi film industry. 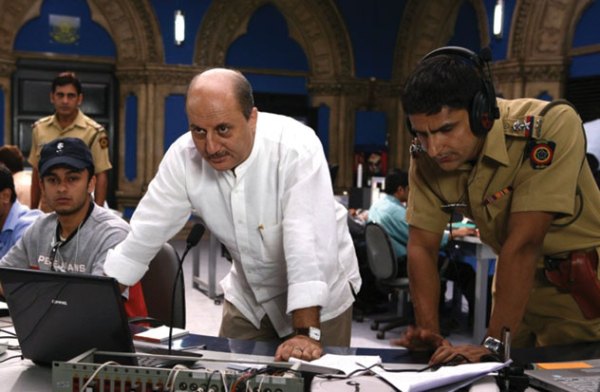 Anupam Kher as the Mumbai Police Commissioner in A Wednesday

A Wednesday is also recognisable as a take on an international genre – the suspense thriller. The inciting incident here is a phone call received by the Commissioner of Mumbai Police (played by Anupam Kher) from a man who claims to have planted bombs in five locations across the city. He demands the release of four men currently in prison on charges relating to terrorism. This mysterious caller is played by the leading parallel cinema star Naseeruddin Shah and the telephone exchanges between two of the best Indian actors take up a lot of screentime and are an obvious attraction for fans (I’m sure somebody can remind me of the specific Hollywood narrative, but I tend to think of Robert de Niro and Al Pacino in Heat). But A Wednesday also involves action and suspense – the planting of bombs and chasing of suspects. Jimmy Shergill and Aamir Bashir are the special bureau agent and police inspector given these roles. And, of course, there is a female TV reporter (is this now the second most important role in Indian society after international cricketer?) played here by Deepal Shaw. Again, the danger of spoilers prevents me from fully discussing what happens in the film. It’s strength, apart from the Kher-Shah stand-off, is the development of the narrative to an interesting conclusion. The film’s engagement with the 2006 bombings is in fact rather more interesting than my brief outline suggests. Even so, what’s ‘new’ about the film is mainly its genre rigour and its strong performance. 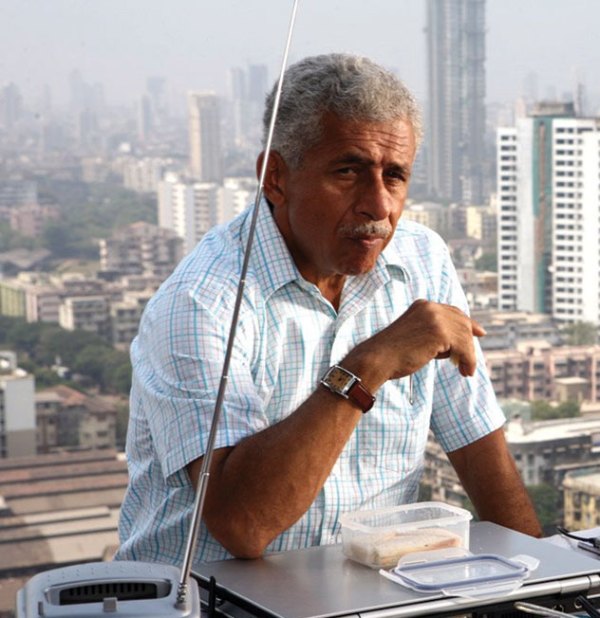 Naseeruddin Shah as the caller in A Wednesday

It’s not surprising that Mumbai Meri Jaan was the film to win critics’ awards and that A Wednesday was widely discussed as the commercial success (i.e. the box office take related to its modest budget). I enjoyed both films but I could see reasons to question A Wednesday. There are three exploitative scenes in which a police officer beats up a suspect. I know this is a convention of Bollywood action pictures, but it goes against the other elements of the film that are more tightly controlled. I could find little to complain about in Mumbai Meri Jaan and I found several of the characters intriguing including Madhavan’s businessman and the police inspector. I see no reason at all why this film couldn’t have been released in specialised cinemas in the UK and possibly Europe and North America. The thematic and treatment are similar to other films we see in the UK, but the setting and characters would intrigue non-diaspora audiences. As it is, neither of these films seems to have been released in cinemas by the Bollywood distributors in the UK. I think that they are missing a trick – and under-estimating audiences. If it is true that UK South Asian audiences are only attracted by A List starpower it’s very sad, but my recent experience of Bollywood distributors is still that they don’t seem willing to learn anything about how to get their product across to wider audiences in the UK.