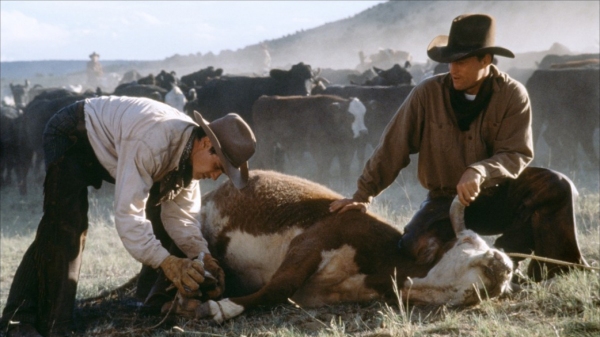 This is one of the films I screened in 2006 as part of an Evening Class on ‘Looking Back Over Brokeback Mountain’. These were the notes from the screening.

The Hi-Lo Country has a fascinating production background that makes it an interesting case study as a ‘Twilight Western’. The film did not do very much business on its initial release and has never (to my knowledge) been released on DVD in the UK, so I haven’t had a chance to watch it again. My suspicion is that at the time of its release, Westerns were so out of favour that it was virtually ignored.

At the centre of the production of the film is the marriage between the well-known UK director of controversial social dramas, Stephen Frears, (still perhaps best known internationally for My Beautiful Laundrette (UK 1985), but perhaps in Hollywood for the success of Dangerous Liaisons (1988)) and some classic Western material. Frears might seem an odd choice of director for such a quintessentially American genre, but Westerns are so universally known that there have been several made by UK directors to put alongside the much better known Italian and German Westerns of the 1960s. Frears was also responsible for an earlier film produced by the Martin Scorsese-Barbara De Fina partnership with a distinctive ‘Hollywood genre’ feel. This was The Grifters (US 1990), a gritty ‘neo noir’ film based on a Jim Thompson novel and featuring powerful performances from John Cusack, Annette Bening and Angelica Huston. On the evidence of this film, Frears looked a strong bet.

The other partners in this enterprise were Working Title, the most successful UK production company of the last thirty years. In 1999 they were part of Polygram Filmed Entertainment which was attempting to become a major studio from a European base. Unfortunately, PFE was sold to Universal at around the time The Hi-Lo Country was released in the UK in July 1999. It probably got lost in the upheaval (being released at the same time as Working Title’s big summer film, Notting Hill). There was also some German tax money in The Hi-Lo Country and the German title of the film for TV release has a title which translates as “In the land of the last of the cowboys”.

As well as Frears, some of the other creative talents in the production were also British-based. Cinematographer Oliver Stapleton had worked consistently with Frears since My Beautiful Laundrette and editor Masahiro Hirakubo is probably best known for his long working relationship with Danny Boyle (e.g. on Trainspotting (UK 1996)). What kind of image of the Western landscape and the feel and ‘tone’ of the Western milieu would they conjure up? The material they were working with could not be more ‘authentic’. Max Evans’ novel was a property that Sam Peckinpah had reportedly been attempting to put into production for several years before his death in 1984 and the script which was offered to Frears was written by Walon Green, whose earlier story, adapted by Green himself, with Peckinpah, became The Wild Bunch (US 1969).

It isn’t difficult to see what might have interested Peckinpah in the story. The two central characters are close male friends who return to cattle country after service in the Second World War. They would like to get back to traditional cowboy ranch work, but discover that the local ranchers are being bought out by a much bigger player, Jim Ed Love. Will they stand and fight – will we get the familiar generic narrative of one man who stays ‘traditional’ and one who flirts with modernity? Well, what do you think? 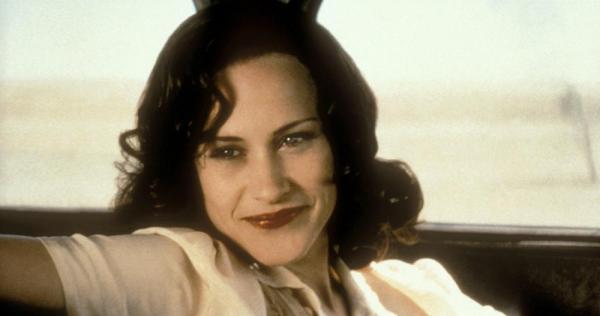 There is violence of course, and country music and dances and rodeo imagery. This is a proper Western. But it is also a melodrama with a strong female character, played by Patricia Arquette, who is pursued in different ways by the two central characters. There is also a second female lead – an early Hollywood role for Penélope Cruz as Josepha, bringing the ‘over the border’ image of Mexico into play in a more subtle way, perhaps. 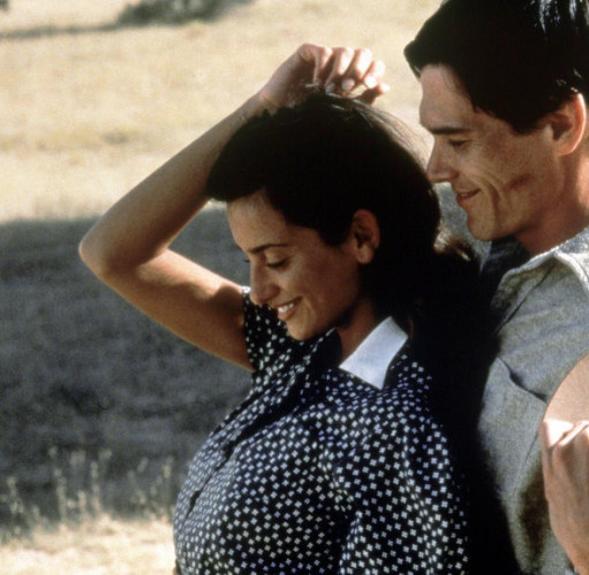 For many in the audience, the film stands or falls (given that most commentators praise the overall look and feel of the film) on the performances of Billy Crudup and Woody Harrelson. As Westerns became less popular and as iconic Western stars became too old for the leads, producers found it difficult to cast believable cowboy types in Western movies in the late 1990s. In Brokeback Mountain, Heath Ledger’s performance is remarkable in this respect – absolutely believable, as if he had appeared in dozens of Western movies (whereas Jake Gyllenhaal’s is more questionable).

Billy Crudup’s is the more restrained performance. He has an interesting face with ‘chiselled features’ transformed successfully for his appearance as a 17th century female impersonator in the British film Stage Beauty (UK 2004). If Crudup is an ‘actorly’ star, seeking out intriguing roles, Woody Harrelson is a more extravert star, seeking more explosive roles. For some his performance in The Hi-Lo Country is ‘over the top’. Certainly he does not portray a likeable character (he’s not like McQueen in Junior Bonner). We will have to decide if his performance helps to ‘de-romanticise’ a cowboy character, who in some of the other films we have looked at always seems to have a ‘good side’ to balance the stubborness and boorishness (perhaps with the exception of Paul Newman in Hud?).

If you wish to follow up the narrative questions in The Hi-Lo Country, another worthwhile Western that is currently available on DVD is Comes a Horseman (US 1978), directed by Alan J. Pakula, in which the two ranchers, under threat in Montana in the late 1940s, are played by Jane Fonda and James Caan (an ex-soldier). They are resisting the pressure of Jason Robards as the major landowner and the activities of oil prospectors.

Our discussion of The Hi-Lo Country will focus on whether it works as a Twilight Western and how it looks now in the light of the success of Brokeback Mountain. Do we think that Frears is able to deal with Western culture from his outsider perspective as successfully as that other outsider Ang Lee? It’s difficult now to think about the film without the success of Brokeback Mountain and the perhaps now raised expectation of interest in gender identity in the Western. Here are a couple of extracts from contemporary reviews:

While the story’s setup would have us expect a reflective elegy for a dying breed, the movie instead straddles turf that might be better described as ‘Western noir’. Sexual tension and deceit overtake the cowboys-on-the-increasingly-mechanised-range elements, and before you know it we’re cherchezing the femme.

If the threads of the story ultimately slip from his grasp, in its best moments the movie feels like an epic hybrid of Red River and The Last Picture Show.

. . . For all its deficiencies and misplaced emphases, The Hi-Lo Country still offers plenty of action and color. The movie is drenched in austere Southwestern atmosphere. You feel the harshness of the land and feel how physically grueling, dangerous and at the mercy of the elements a cowboy’s life really is. The Hi-Lo Country is finally an elegy to a vanishing breed epitomised by Mr. Harrelson’s electrifying and scary wild man. He is a creature who is really and truly at home on the range.

A good deal of The Hi-Lo Country is taken up with Big Boy and Pete displaying a wide range of quintessentially masculine behavior, from brawling and drinking to letting hand-rolled cigarettes settle in the corners of their mouths and pulling up chairs for high-stakes poker games. Men are men in this movie, make no mistake about that.

These are representative of many other similar reviews.