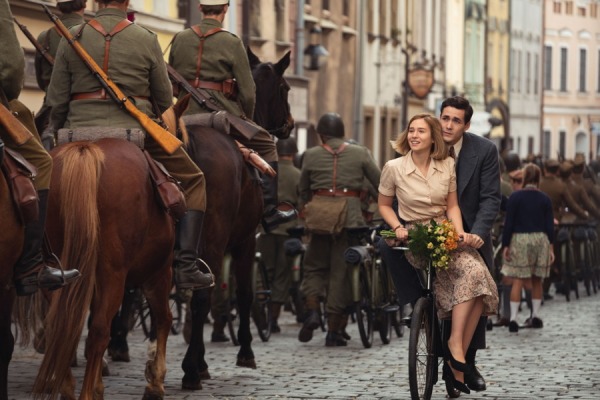 World on Fire is an example of the UK’s current ‘high-end’ TV production boom. This 7 x 60 mins episodes serial attempts to follow multiple characters, mainly young men and women, through the first year of the Second World War from the German invasion of Poland up to the Battle of Britain. It is a ‘long form narrative’ complementing recent ‘short form narratives’ such as State of the Union. As a formal project this differs from more typical British serials adapted from ‘classic’ (or not so classic) novels and feels more like the original serials developed for US cable TV. Surprisingly perhaps, World on Fire does not seem to have required US funding or to be an official co-production with a European partner. I think that the production has been sold to PBS in the US and I would expect it to sell to Poland and other territories. The production company Mammoth Screen is actually owned by ITV Studios but Mammoth’s projects are often, like this one, screened by the BBC. Presumably the production benefited from the tax schemes for high-end TV programmes. This is the new ecology of TV but does it work to produce interesting narratives? 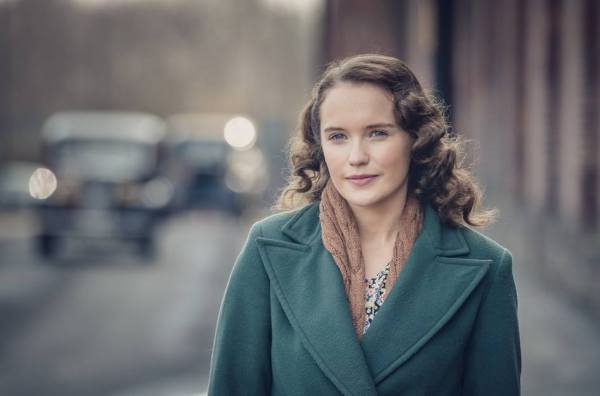 Julia Brown as Lois, a working-class young woman in Manchester

The writer of the serial is Peter Bowker, a Northern lad with 25 years of writing for TV and many hits. My two favourites would be Blackpool (2004) and Eric and Ernie (2011) (from an idea by and starring Victoria Wood). More recently he has had success with three seasons of The A Word (2016-2019). My first thought was that Bowker might have been inspired by the German serial Generation War (Germany-Poland 2013). That controversial but very successful production took five young Berliners (men and women aged 18-21) in 1941, all friends before they set off on different ‘journeys’, mostly on the Eastern front. Three of the five survive to be re-united during the fall of Berlin in 1945. Bowker’s script for World on Fire focuses on a larger group of 8-10 characters, although interestingly it shares an interest in a young woman who is a singer, a young officer in the Army and a character acting as a guerrilla fighter in Poland. The German narrative had fewer characters and less time but was broadcast as three 90 minute episodes, i.e. each the equivalent of a cinema feature. It covered a longer time period, but not such a wide geographical spread. I mention these differences because at this point, after watching five out of seven episodes of World on Fire, I’m already worrying that there are too many separate stories, even though most of them are strongly linked together. 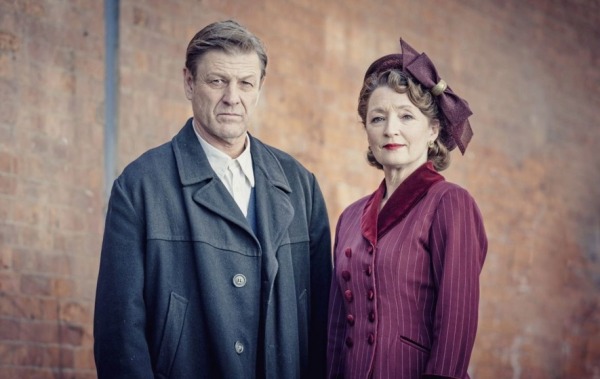 The promotional material suggests that the characters are ‘ordinary people’ whose lives are turned upside down by the outbreak of war. I’m not sure that is true for all the characters but it is important that the starting point for the narrative is a young middle-class man, Harry (Jonah Hauer-King) and a working-class young woman, Lois (Julia Brown) singing as a form of disruption of an Oswald Moseley fascist rally in Manchester in March 1939. Afterwards Lois will go back to work in a local factory and to her singing gigs at a local dancehall. Harry is sent to Warsaw as an interpreter for the British diplomatic mission. While there he will meet a young Polish woman Kasia (Zofia Wichlacz, who I saw recently in Spoor) and her family, her brothers and her parents. When the Nazis invade in September the stories of the Polish family (three separate stories) Harry’s mother (Lesley Manville) and Lois’s father (Sean Bean) and brother (Ewan Mitchell) will all develop. Also in Warsaw is an American correspondent Nancy Campbell (Helen Hunt) who, as the invasion starts decides to go to Berlin. She is also worried about her nephew in Paris whose story will be picked up later when Paris falls. There is another narrative involving Nancy with a family in her Berlin apartment block. This story exposes a brutal aspect of Nazi ‘family policy’ but it doesn’t, as far as I can see, connect with the other stories

What should be clear, even from this brief outline, is that there are many stories and there isn’t much space to develop any one story without losing track of others. It also means that a major battle, the confrontation between the German pocket-battleship The Graf Spee and the British cruisers Ajax, Achilles and Exeter is over in a few spectacular and shocking minutes. I’ve seen the famous Powell & Pressburger film many times, but audiences without detailed knowledge may find the scenes difficult to comprehend. (Most take place below decks or on deck with only a few shots of CGI ships.) Kasia’s parents in Warsaw are played by the two top Polish actors who appeared in Pawel Pawlikowski’s award-winning films Ida and Cold War – but they appear only fleetingly. Comments like this appear in several negative reviews of the serial but it isn’t my aim to be negative, I’m simply pointing out some of the outcomes of the narrative structure. On the plus side, a piece in the Observer a few weeks ago praised the serial for its attention to the stories set in Poland. As I’ve noted the cast includes some well-known Polish cinema actors and although the main dialogue is in English, there is subtitling for much of the Polish, German (and later French) exchanges. Subtitled drama on BBC1 is rare. 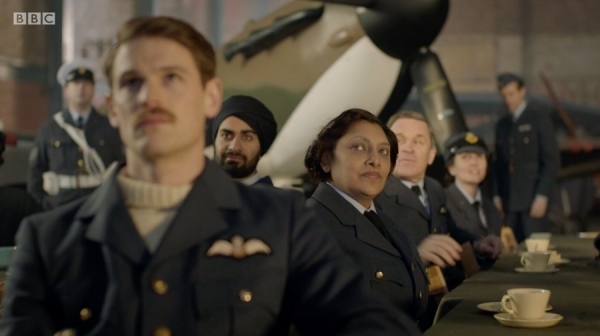 Two BAME actors get parts as RAF personnel in this scene

Episode 5 sees the main narratives converging in the evacuation of Allied troops at Dunkirk. I think that this episode demonstrates the strengths and possible weaknesses of Bowker’s script. But my personal view is that the strengths outweigh the weaknesses. An unlikely group of characters are on the beaches during a 24 hour period. They include a British sailor, a Polish soldier, an American jazz musician and Harry, now a British infantry officer, with an oddly assorted group of soldiers he as taken under his wing (although Harry himself is not always totally in control). These include shell-shocked British soldiers and a couple of Senegalese soldiers. At one point several of the disparate characters are brought together through song. Harry joins his men in singing (quietly and plaintively, but with a sense of strength through solidarity) ‘Bye Bye Blackbird’. The tune is picked up by the African-American jazz musician close to the beach and then by Lois who is singing as an ENSA entertainer in an RAF hangar. The editing has connected this moment to Kasia in Warsaw and to Harry and Lois’s parents in Manchester listening to the radio and reading the newspaper. This narrative device recall’s Bowker’s Blackpool which used similar devices from musicals. The whole Dunkirk sequence also links back to the debates around Christopher Nolan’s film Dunkirk (2017). Bowker seems to have picked out characters such as the Senegalese soldiers to address contemporary concerns about representation. He does this throughout the serial, so Lois’s female partner from her singing career in Manchester is a Black British woman who joins Lois in ENSA. And while Lois sings we see that there are two other ‘people of colour’ in the RAF audience. I’m in effect naming Peter Bowker as auteur here, simply because he has written the whole serial. There are three different directors of separate episodes but the casting decisions may have been taken by producers or Mammoth executives, I simply don’t know. The point is that there was great diversity in the Allied forces, even in 1940. But in a sense it doesn’t matter if World on Fire is completely authentic. The casting may be colour blind or to seek that historical diversity. Either way it can be seen as an attempt to engage contemporary younger audiences with wartime narratives through human stories. I prefer this to the more technologically-driven ‘immersive’ cinema of Nolan. It’s also worth going back to Generation War and the debate after the screening involving historians discussing the accuracy of the representations and the importance of access to younger viewers. I also want to give credit to the four cinematographers on the serial with their mix of backgrounds and experience – Søren Bay (2 episodes), Suzie Lavelle (2 episodes), Mika Orasmaa (2 episodes), John de Borman (1 episode)

I’m going to watch the last two episodes and the first five are currently available in the UK on iPlayer. I’ve enjoyed all the performances but especially Julia Brown’s and the feuding between Lesley Manville’s ‘lady of the manor’ and Sean Bean’s shell-shocked First World War veteran. Here’s the ‘Benelux trailer’, stressing the attempt to produce a ‘European story’: